The power of flowers in our actives

You want your beauty to be inspired, and the inspiration should be beautiful. Strong imagery is one of our greatest powers when it comes to marketing new cosmetic products - just look at the success of K-beauty’s terminology surrounding “glass skin.” Partner with nature and draw inspiration from the Earth’s most beautiful wonders: flowers. Flowers have adapted over millions of years to attract pollinating insects (shoutout to the honeybees!) with their beauty and fragrance. From these sophisticated adaptations we reap the benefits not only of their beauty and fragrance, but also nourishing compounds that can be extracted to bring refined skin benefits. Let’s discover our active ingredients extracted from flowering plants, and inspire beautiful skin from the beauty of the Earth.

In many cultures, the Nymphea alba, also called the Water lily, symbolizes serenity, purity, rebirth, and spiritual enlightenment. It’s a symbol of beauty that emerges from the mud to live a life floating in peace on the water. Closing its petals at night to regenerate and opening up refreshed again in the morning, it’s the perfect flower for calming and lightening the skin. 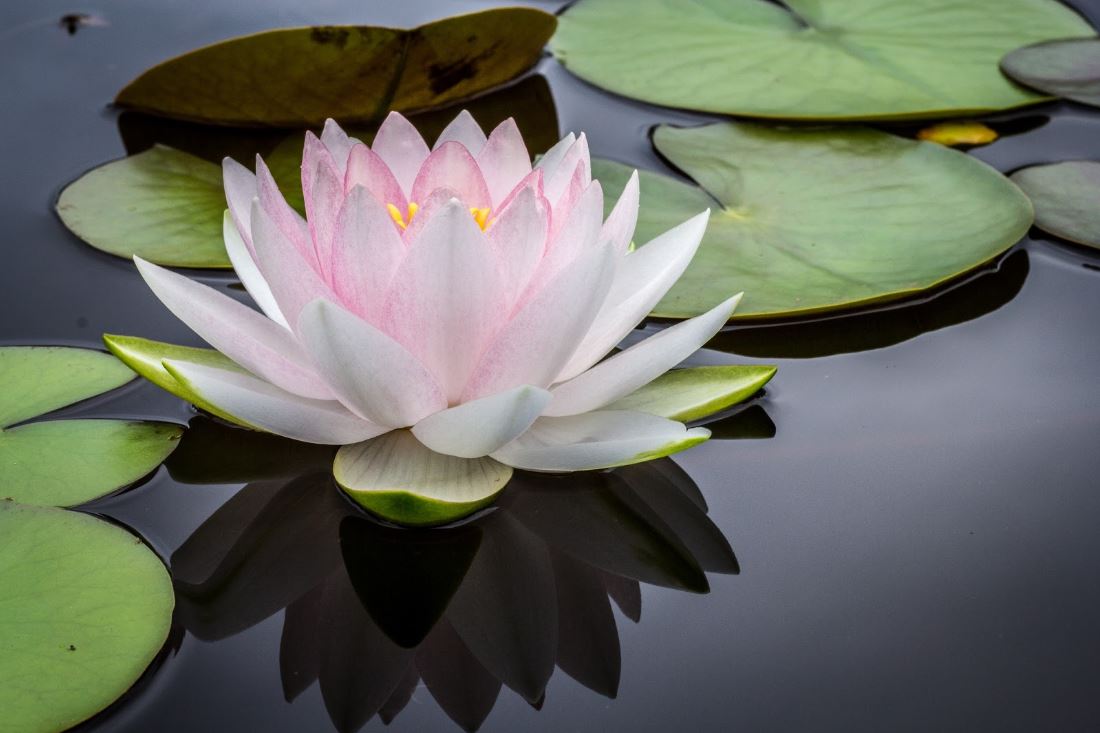 The immortal blue, also called the Sea Lavender, is part of the Lavender family: flowers with incredible fragrances and strong calming effects, making them one of the most used flowers in aromatherapy.

The Sea Lavender is native to coastal areas and is able to survive harsh conditions (salt, sandy soils, wind,...), with an exceptional longevity.

Our oily active from the Sea Lavender, SEA LAVENDER SC (opens new window), provides to the skin a soothing effect, but also anti aging properties: it stimulates the synthesis of collagen, GAGs & hyaluronic acid, boosts cell renewal and cell communication. The skin is refilled and rejuvenated, with a significant improvement of moisturization in vivo.

SEA LAVENDER HC (opens new window), our water-based extract dedicated to hair fiber has shown to reduces the hair reactivity to electricity, causing it to be less affected by the environment.

The Sea Chamomile, Matricaria maritima, is a cousin of the Chamomile, from the Daisy family. Daisies are usually rich in essential oils, tannins, flavonoids,... and has anti-inflammatory and mild astringent properties. They are used in infusions, but also atopic treatments to treat eczema, dermatitis,...

The Sea Chamomile, as opposed to its lawn Chamomile cousin (Anthemis nobilis), is most frequently found above beaches and sand dunes and has no fragrance or essential oils. It bases its properties on its high concentrations of phenolic compounds, amino acids, fructan sugars, minerals, vitamins,... providing a high-performance active substance for sensitive skin and offering an alternative for the blood microcirculation (couperose). Like the Chamomile, the Aster is part of the Daisy family.

The name "Aster" is derived from the Greek word “aster,” meaning "star," after the plant’s star-like flowers. Also known as the sea starwort, the flowers are yellow in the center, with the petals ranging from white to a lilac-purple.

Aster plants are a symbol of patience and elegance, and have long been considered enchanted and magical flowers.

SEA STARWORT OIL (opens new window), an oily extract of the Sea Aster, restores peace to the skin with its soothing properties and microcirculation regulation.

As if by magic, skin redness and sensitivity are reduced, the complexion is more homogeneous, to shine bright like a star! 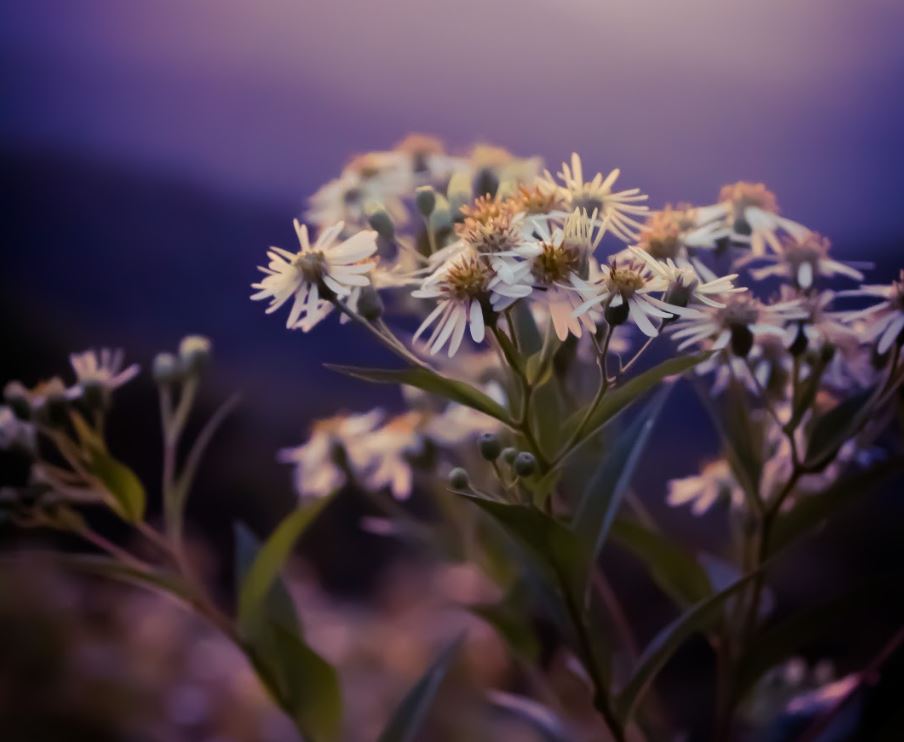 Another interesting plant from the Daisy family is the golden samphire, also known as the Inula maritima. It’s a marine succulent plant growing on sea cliffs, with golden petals. Constantly stressed by maritime wind, it developed its own mechanism to survive.

It’s known existence for over 500 years and is considered to be a salty sea vegetable (also known as Sea pickle, or Sea asparagus). It’s full of minerals, vitamins, and contains unique compounds called fucoidans often found in sea vegetables, which can have anti-inflammatory and antioxidant effects. Moreover, the Inula maritima contains sterols and glycolipids, which contribute to the reinforcement of lipid cohesion to restructure hair.

Applied in a coloring shampoo, it brightens up the hair color, for an intense look, like the golden petals of the Inula maritima.

On the skin, the water-based extract INULA SC (opens new window) is also very powerful. It protects skin from oxidation under UV, specifically the Gags & collagen and boost their synthesis for a firming effect.

Like the Golden samphire, stand against the environmental stresses! 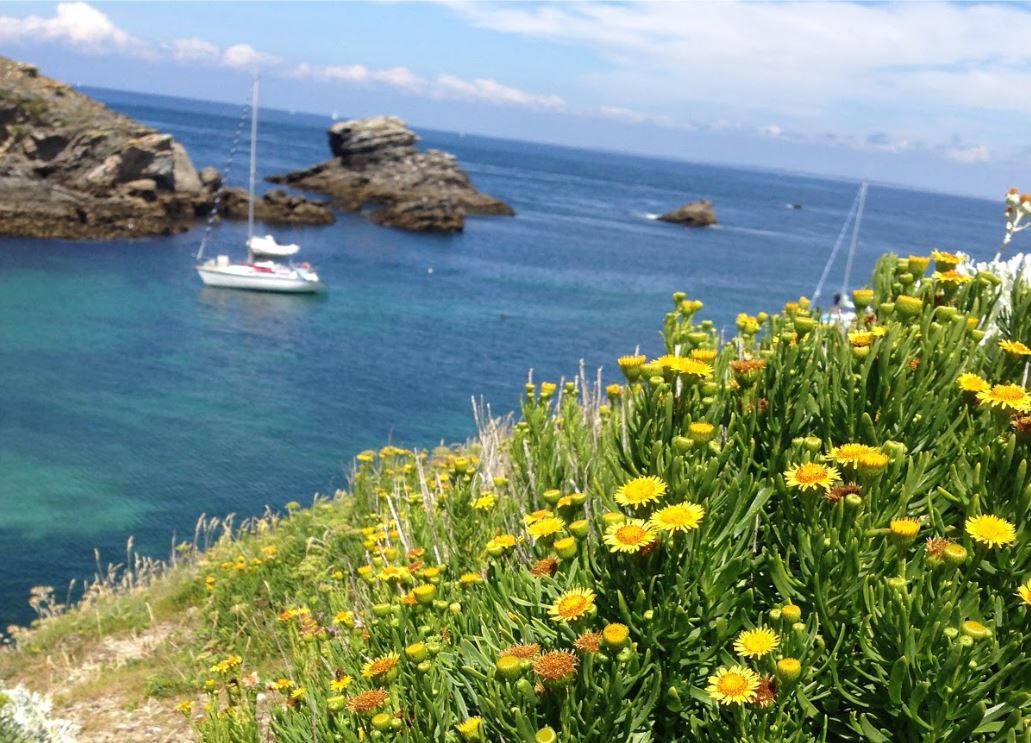 Questions? Samples? Interested in the presentations? Request in the chat!